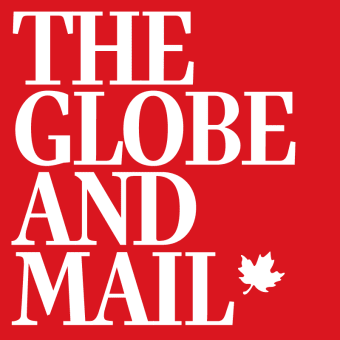 At the same time, however, the federal banking regulator and finance department suspended changes to the mortgage stress test that would have made it easier for borrowers to qualify for a bigger loan.

The central bank made its surprise interest rate cut to 0.75 per cent, from 1.25 per cent, less than two weeks after it cut the level from 1.75 per cent, which triggered a frenzy in the mortgage market, with homeowners and buyers taking out new loans, refinancing, renewing and breaking their old mortgage contracts.

But this rate cut did not spur major lenders to trim their mortgage rates. In fact, some responded by raising rates. "The banks are trying to control a run on refinancing,” said Shawn Zigelstein, Sales Representative with Royal LePage Your Community Realty.

“Pure economic reality set in," said Ron Butler, a broker with Butler Mortgage Inc., which is licensed in Ontario, Alberta and British Columbia.

“I have gone from extremely enthusiastic about real estate and mortgages to ‘what the hell?’ right now,” he said.

Mr. Butler said his outlook changed midweek after some of his clients started asking whether they could break their property acquisitions in Ontario before their deals closed.

The Bank of Canada rate should help demand in the sector, and also free up cash for consumers, economists say. Lower interest rates typically make it easier for homeowners with mortgages to pay their loans if they have a variable rate or if they are able to renegotiate at a lower level. It could also free up extra cash if a home owner decides to refinance.

At the same time, plunging oil prices, a slowdown in business activity and a near shutdown in the entertainment and travel industries is damaging Canada’s economy.

“Two forces act in opposing directions,” said Benjamin Tal, deputy chief economist with Canadian Imperial Bank of Commerce. “There is a point that reduced confidence takes over lower rates. I see a wave of rate renegotiations coming, something that will help to free some money for other purposes.”

The Office of the Superintendent of Financial Institutions, the federal banking regulator, said it would suspend consultations on the stress test for uninsured mortgages, as well as other policy development until conditions stabilize.

The regulator was expected to follow the finance department’s decision to use a new rate to calculate the stress test for insured mortgages that have a down payment of less than 20 per cent. That change is also on hold.

Under current rules, borrowers must qualify at an interest rate that is either two percentage points higher than their actual contract, or at the Bank of Canada’s benchmark five-year mortgage rate (currently sitting at 5.19 per cent) – whichever is higher.

“Policy makers may be concerned that in light of the sudden steep drop in interest rates, combined with a tight housing market and a more challenging near-term economic outlook, now is not the time for changes in the stress tests,” said Douglas Porter, chief economist with Bank of Montreal.

It is too early to say whether the economic slowdown and spread of the coronavirus will slow sales and depress prices in Southern Ontario, Montreal, Victoria and Ottawa – where a shortage of properties has spurred competition and offers well over the asking price.

Several Toronto home buyers said their enthusiasm for house hunting has waned in recent days. “It’s all very unnerving," said Geoff Charkow, who started looking for property for his family of four about three weeks ago. “When you are going to spend, make the biggest purchase of your life ... you will want to make sure that the timing is right.”

Realtors across the country said more clients are starting to voice concerns about open houses and questioning whether they should list their homes.

Real estate agent Andre Kutyan of Harvey Kalles Real Estate Ltd. in Toronto said some sellers insist that he question the buyer’s agent about his or her own health and travel history – and those of the client. Mr. Kutyan said one homeowner added the requirement that anyone who books an appointment to view her home must agree to wear a mask and disposable gloves.

In Calgary, where the real estate market has been depressed since the oil downturn of 2015, the rate cut has spurred a wave of refinancings. Corinne Lyall, a broker owner of Royal LePage Benchmark in Calgary, said she has heard some clients are concerned about having open houses.

“There is a fine balance between supporting our clients to get their homes sold and being cautious about the virus epidemic,” she said. “So far in Alberta, the advisory is still low, so we feel we should carry on with business unless there is a serious change to our advisory status.”