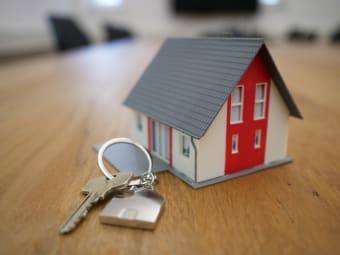 The Canadian housing market has heated up again since cooling measures came into effect, raising concerns about overall affordability. A recent Royal LePage survey found that aggregate price of a home in Canada has continued to post steady year-over-year gains.

In the city of Toronto, the price of condominiums have surpassed the $600,000 mark, rising to $618,391, while the median price of a two-storey home in the city centre rose 5.5%. The Greater Montreal Area saw aggregate home prices rise 5.9%. Meanwhile, the Greater Vancouver real estate market saw price declines, down 5.2%.

Vancouver apart, housing appears to be strong. “Low interest rates and an outstanding employment picture continue to buoy consumer confidence and support our recovering real estate market,” says Phil Soper, president and CEO, Royal LePage. “The collateral damage from the trade war between the U.S. and China has been manageable to date. Barring a full-blown American recession, our outlook for Canada’s housing sector is for continued market expansion.”

Rising home prices have political leaders turning their focus to house affordability. The Liberal party is pledging to boost the cap on homes eligible for a 10% government-equity stake to almost $800,000 in markets like Vancouver and Toronto. Meanwhile, the Conservatives plan to review the federal mortgage stress test for first-time buyers – and remove it entirely from mortgage renewals. Their plan also includes an increase to the amortization period to 30 years, opening up federal land to development in order to increase supply, and cracking down on corruption.

Not all of these ideas are good.

The demon of debt

Canadian households owe over $2 trillion in debt. These debt levels are high – so high in fact, that the Bank of Canada has repeatedly pointed to them as risks to the overall Canadian economy.

Making borrowing easier – even for homes – might not be the best idea. John Pasalis, President at Realosophy Realty says that the bigger and more unfortunate byproduct of rising home prices is the debt dilemma that’s reaching dangerous territory. “Debt levels are at an all-time high,” says Pasalis, “It’s the top concern of CMHC [Canada Mortgage and Housing Corporation].”

CMHC’s stress test was a necessary solution to slow down rising debt levels, Pasalis says. One of its mechanisms was a requirement for buyers to show that they can withstand a rise in interest rates of 2% in order to avoid foreclosure.

But is housing expensive across the board?

There are a few slow spots in Canada, Pasalis agrees. “Vancouver’s still sluggish,” and prices there still continue to fall. And markets in Alberta “could benefit from stimulus,” he says.

But these are municipal trends, says Pasalis. “Look at Toronto versus Kingston,” he says, “if we need stimulus, we need it in markets where prices aren’t 8- to 10- times income.” Pasalis says painting the national market with a solution for municipal problems “doesn’t make housing more affordable – it only increases prices.”

“It’s an unfortunate by-product,” says James Laird, President at CanWise Financial, on the rise in prices, noting that the market doesn’t need to be stimulated. “At a national level, we’re fairly healthy – some markets are hurting, some are hot.”

“Everyone knows they’re taking on a major source of debt with a mortgage, it’s long term debt, and you’re building up equity,” Zigelstein says.

What’s the alternative? “The rental market is crazy,” he adds. “Times are tough, but mortgages get paid,” says Laird.

Pasalis, Zigelstein and Laird all agree that there’s a need to address the supply situation in Canada. “People are going to buy where they’re going to buy,” says Zigelstein, referring to the attraction to downtown cores including Toronto and Vancouver. “There’s just not enough land.”

And speaking of urban centres, homebuyers looking to get into them also have to compete with corruption, a concern that Pasalis says should be a priority. “100% it’s affecting Vancouver and Toronto markets,” he says, with money laundering and overseas interests having a significant impact. He likes the promise from the NDP platform to enforce the disclosure of beneficial ownership.

“Careful stewardship of the real estate industry and its related financial sector is critical for the health of the country’s economy and the personal wealth of Canadian families,” Soper continued. “Well-intentioned election promises aimed at making housing more accessible and affordable to first-time buyers will fall flat if they trigger a surge in demand without a corresponding increase in the supply of homes. For example, lowering monthly mortgage payments by stretching repayment over a longer time period looks great on the surface, yet a surge in new buyers could cause prices to escalate, erasing the enhanced purchasing power,” Soper said.