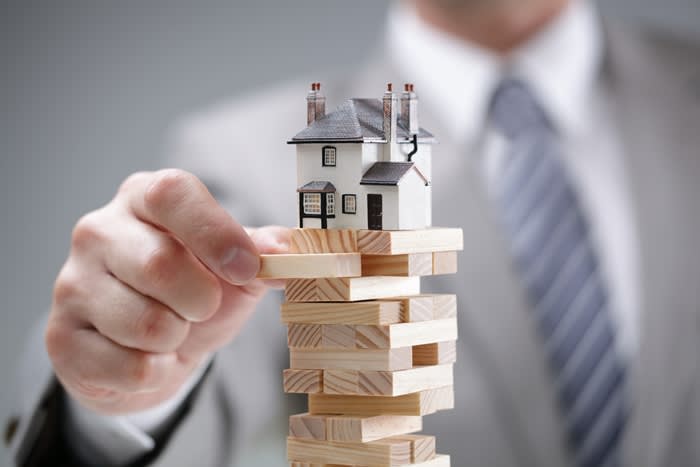 Rules that require homeowners to prove they can handle interest rate hikes may be doing more harm than good, as they take a toll on supply and have some borrowers turning to unregulated lenders.

One year after the B-20 ‘stress tests’ that were put in place in January of last year, the reviews are mixed, with some saying the Canada-wide rules have unnecessarily cooled some regional markets, and overly constrained purchasers to the extent that a domino effect of supply constraints could ensue.

Under the new rules, borrowers must prove they can continue to make mortgage payments, even if interest rates rise by 2%, applying to those who are even able to make a 20% down payment.

The stress tests were designed to curb a surge in household debt in Canada - both to improve the stability of our banking system and to mitigate the risks to both households and our economy a result of households being over-leveraged, says John Pasalis, President and Broker of Record at Realosophy Realty Inc. Brokerage.

The tests sought to address an underlying debt issue at the root of a red-hot housing market. “They thought it was warranted because of what happened in the U.S.,” says Shawn Zigelstein of Royal LePage Your Community Realty.

But both Zigelstein and Pasalis say that the real estate sector is paying too much, or at least too soon, for the debts of a broader Canadian household issue.

A two percent increase in rates overnight is too much, too soon. Especially when the Canadian economy seems to favor low inflation and interest rates for the near future.

“I'll start by saying I don't think the stress tests were rolled out very well,” Pasalis says, “The first problem is that introducing a two-percent stress test literally overnight is a very big credit shock.”

A gradual increase up to that two percent, over the course of two-to-four years, could have better served the market, notes Pasalis, “It normally takes about a year for the market to adjust to a big policy change like the stress tests.”

Pasalis adds that he’s seeing some buyers getting back into the market, with experts saying this year will mark a return to more balanced levels of price appreciation. But risks remain.

“Many of yesterday's home buyers who were credit worthy enough to get a mortgage from a regulated bank are suddenly no longer credit worthy and are being pushed into the private market,” Pasalis adds, “This is a big problem and presents a significant risk.”

Those who managed to get into the market and are chipping away at an existing mortgage need not worry says Marc Kulak, Vice President Real Estate Secured Lending at TD Bank – the stress test rules only apply to new mortgage loan agreements, if you refinance your home, take out a home equity line of credit, or switch to a new lender.

But that means no more shopping around for rates, says Zigelstein. “If you’re up for renewal on your mortgage, and you don’t qualify for a mortgage under the new stress test rules, you’re stuck with your bank.”

Pasalis says that if a change were to be made, he would target the requirement for renewals. He also believes a temporary drop to one percent could reduce the flow of borrows going to unregulated banks.

First time home buyers and Millennials may feel the brunt of the stress tests as they typically have higher loan to value ratios and often require more debt to get into the market, says Pasalis.

And first-time home buyers and Millennials may also be hit by a series of supply issues, says Zigelstein, as not only are Developers are holding off, with fewer new projects on the way due to a lack of potential profit, but a those looking to move up to larger homes are holding off – choking the supply from sales of their units.

How to plan around the rate requirement

Kulak sees the stress tests as a prudent move, with lessons for prospective buyers that might not have fully considered the expenses that come with home ownership beyond mortgage payments.

“From maintenance costs to various types of insurance needs, there are different expenses to factor in when determining how much you can afford,” says Kulak.

“A good idea is to test drive your mortgage by putting aside what you anticipate your mortgage payments and home owning costs will be each month to prove that your budget is sustainable,” Kulak suggests. “You can make automatic transfers in the amount of your mortgage payment into a TFSA or other high-interest savings account for a few months – this two-fold approach allows you to see how comfortably you can pay off the monthly mortgage, while also helping you save for a larger down payment.”

Another thing to consider, Kulak says, is whether you will go with a variable or fixed rate mortgage. From a comfort standpoint, fixed rate mortgages might be the way to go. However, those willing to take a lower variable rate route won’t need to worry about payments rising with a potential rise in rates – that is, until it’s time for renewal.

Read The Article On Morningstar Here >>