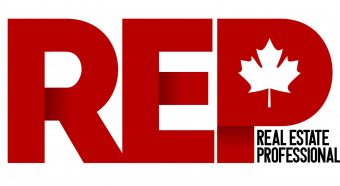 Has Toronto become a buyer's market, or is something else at play?

“We’ve definitely switched over to more of a buyer’s market now.”

Those are the words of Shawn Zigelstein, a sales agent with Royal LePage Your Community Realty, and leader of Team Zold. “They have opportunity now, there are options for everyone. If you’re looking for a detached house, you will not have a problem.”

Indeed, with a slew of regulatory changes—the latest of which kicked in January 1—an interest rate hike with more likely to follow, and the Fair Housing Plan, the market has normalized. However, many sellers still believe their detached homes can fetch the same prices they did a year ago, and that’s no longer the case, says Zigelstein.

“A lot of sellers have not curbed their price expectations yet, so they’re still hoping they’ll get spring 2017 pricing, but they won’t even be close to those numbers. With supply being overpriced, and there being a lot of it out there, we won’t see those properties selling as quickly as they were.”

Demand for detached housing has dwindled outside of Toronto proper, but interestingly, the condo market has taken off. Year-over-year appreciation in that segment is in the double-digits and demand is through the roof, in spite of moderate pricing.

“The condo market is still really strong with double-digit year-over-year increases,” said Zigelstein. “There’s a difference between detached and condos; to use an experience my team member had last night, is there were seven offers on a condo. We’re still seeing a lot of demand in that marketplace, so that makes a big difference. We’re not seeing that same demand when it comes to detached properties, especially those just outside of the city.”

Zigelstein says the Fair Housing Plan cooled down the market more than the OSFI-mandated stress test, and even more than any interest rate hikes could. Regarding the mortgage rules, most people got preapproved before January 1, but he says the market will still be stable this year.

“Royal LePage estimates in the GTA market are that it will be a stable year with a slight increase in pricing, but volume will be down substantially from the previous year. We’re still at a low point, but people out there who can afford homes still will, and people worried about that extra quarter- or half-point—people at the brink of affording properties—those guys will be renting for a little bit longer.”