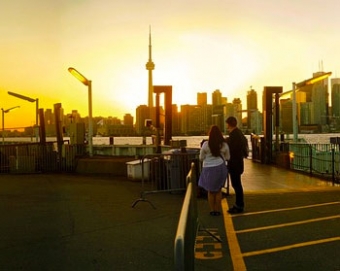 As of January 1, 2017, the Ontario government will double the maximum tax rebate offered to first-time homebuyers and will boost the land transfer tax on homes above two million.

Finance Minister Charles Souza made the announcement, as reported by the CBC, on Monday.

"Purchasing your very first home is one of the most exciting decisions in a young person’s life, but many are worried about how they will be able to afford their first condo or house,” he told the legislature during the fall economic statement. “The housing market is an important source of economic growth and employment in Ontario and improving housing affordability will help more Ontarians participate."

The new land transfer tax break will result in many first-time buyers getting a $4000 rebate. This means they won't pay land transfer tax on the $386,000 of their house and, in some cases, new buyers won't pay a tax at all. To offset the breaks, the government will increase the tax on houses that cost more than two million rising to 2.5 per cent, from the current rate of 2 per cent. Those looking to buy a home in Toronto will still have to pay the 2008 transfer tax levy.

Are you a first-time buyer looking to benefit from the new tax rules? Do you have questions about the changes? Contact Team Zold today.